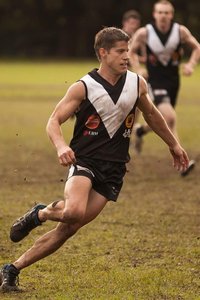 Andrew participated in the WAAFL State U23’s program in 2006 and 2007. He was rewarded with All Australian selection in both years as well as winning the LA Tetley Award as the best state player in 2007.

For the past four years Andrew has been an assistant coach of the WAAFL’s State 23’s.

Andrew Piccoli is inducted into the WAAFL Hall of Champions as a Champion.