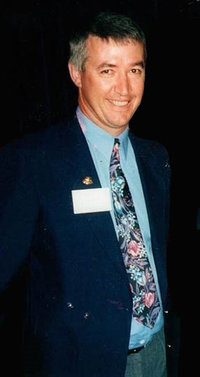 Greg Maskiell commenced playing with the University Football Club in 1969. In his first season he won a premiership as part of the A Colts side and went on to play 125 games for the club.

Off field Greg was treasurer of the University Football Club from 1970 to 1972 and Vice President in 1973.

In 1970 Greg was awarded a Half Blue from the University in recognition of his sporting achievements before receiving a Full Blue in 1971 and 1972.

In 1981 Greg was recognised as the Clubman of the Year. In 1985 he was awarded Life Membership of the University Football Club.

Greg spent nine years on the WAAFL Board as the Functions Coordinator and on the Investigative, Sponsorship, State Team and Re-Instalment Sub-Committees.

In 1995 Greg was the recipient of the West Australian Football Commission Certificate of Recognition for Voluntary Service to Football. In the same year Greg was made a life member of the WA Amateur Football League.

The played judged Best on Ground by the umpires in the Phil Scott Colts Grand Final is awarded the Greg Maskiell Medal.