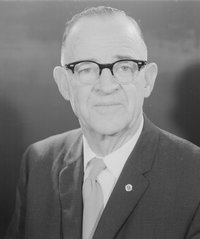 The WA Amateur Football League has turned back the pages of time to honour a man born in the last years of the 19th century and who added considerably to our national game at the community level.

Charles John Besley Veryard, born in 1898, was a player and official of significance. The WAAFL is proud to add his name to our Hall of Champions, as a Champion, our highest honour.

Veryard played 44 games for West Perth between 1917 and 1920, followed by four games at Subiaco. He was President of the West Perth Football Club from 1939 until 1941.

Veryard was in a unique position as an elected member of the City of Perth, serving on the Perth City Council as a councilor from 1927 and then being named Mayor of our great city in 1964, a position he held until his death in 1967.

Though chased by many league clubs, Veryard instead chose to help amateurs at the community level.

For four years prior to the war, from 1939 until 1941, while still at the West Perth Football Club, Veryard was president of the WA Amateur Football Association. Then the war years intervened. No amateur competition existed between 1942 and 1945 because of the war and when the forces started to return to Perth it was obvious that people of goodwill, ability and clout were needed to restart our community.

Luckily Charles Veryard saw Australian football as a necessary part of the Australian make-up, especially after World War II when our soldiers, sailors and airmen returned from the horrors of the battlefields. Charles Veryard stepped in to reorganize our game. He took over the presidency of the WA Amateur Football Association again in 1946 and for the next 16 years helped to re-establish the game at the community level.

Not only was he an administrator, he was Manager of the State team at the Perth Carnival in 1946 and his untiring work saw him honored with Life Membership of the WA Amateur Football Association in 1947.

A decade later his work was so highly regarded that delegate from all States of Australia elected Charles Veryard as President of the Australian Amateur Football Council, a position he held for three years from 1957 to 1959 when he became Western Australia’s delegate to the council in 1959.

It is a wonderful thing that the people of today involved in amateur football can recognize important people of the past who have done so much to sustain our great national game and that is why tonight we add Charles Veryard to our Hall of Champions, as a Champion of our game.