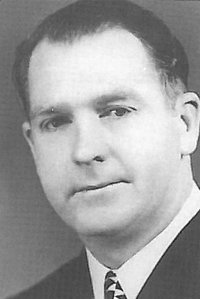 A North Fremantle Amateur Football Club Champion, George Meiers was a long time servant of the game as a player, coach and later as umpire advisor, becoming one of amateur footballs most respected figures along the way.

Beginning his playing career for North Fremantle in 1937 it didn’t take long before George’s talents were recognized and, after only two seasons, he captained the team throughout their undefeated Premiership year of 1939.

The following year he was recruited by East Fremantle, winning the Lynn Medal as East Fremantle’s best and fairest player in his first season in the WAFL in 1940. He spent the next five seasons at East Fremantle where he captained the side, earned selection in the WAFL state team and played in the 1945 Premiership.

George returned to North Fremantle in 1946 and won another Premiership with the club, this time as vice captain. He retired from football at the end of the 1946 season and was appointed WAFL Central Umpire in 1947. The love of North Fremantle proved too strong however and, in 1951, George was back at the club as A Grade Coach, leading them to their 1954 flag. After coaching his beloved North Fremantle to Premiership success George was appointed head coach of East Fremantle, a position he held throughout the 1955 and 1956 seasons.

Meiers continued to be involved in football and served in a variety of umpiring roles over many years as WAFL Assistant Umpire Advisor, WAFL Umpire Advisor and WAAFL Panel Umpire advisor from 1960 to 1982. He was made a Life Member of the umpires’ association in 1974.

In recognition to his services to football he was awarded the National Football League’s Merit Award in 1979.

His death in February 2011 saw many great East Fremantle superstars turn up to honour his career – Jack Sheedy, Ray Sorrell, Trizzy Lawrence, Laurie Nugent along with many other champions of the past and old North Fremantle teammates and current executive members.

A North Fremantle Football Club legend, George was extremely proud of the area and liked to contribute to the community including serving on the North Fremantle Council for many years.

The North Fremantle Amateur Football Club has produced many champions over the years and the late George Meiers is up there with the best of them.