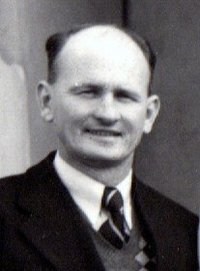 Sam M. Miller was a classy rover and centreman who was involved in amateur football, on and off the field, for more than 40 years. He started his football career in 1924, two years after the WAAFL competition was formed, in a period that set the foundations for todays’ amateur competition.

Many of the teams of the era carried names of businesses in Perth and Fremantle. Sam played for the Sandovers Football Club, a prominent sports store in Perth owned by the famous Sandover family.

A classy rover and centreman, Sam’s talents saw him win the WAAFL Best and Fairest in 1936, the same season he captained the inaugural Western Australian State Team for the Carnival in Adelaide. His involvement in state football saw him Vice Captain of the State Side in 1938 and later, coach of the state team from 1948 to 1951 and 1953.

Sam was awarded Life Membership of the WAAFL a year after his playing career ended in 1939 and continued to give to the competition afterwards becoming an umpire in 1954 and serving as a member of the Protests and Disputes Board in 1955.

The Western Australian Amateur Football League would like to recognise one the leagues earliest greats with this inaugural induction into Hall of Champions.