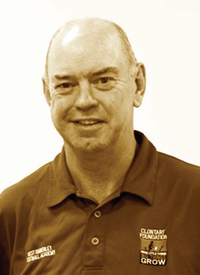 The WA Amateur Football League is proud that a person of the stature of Gerard Neesham is tonight officially recognised as a High Achiever. He is one of Western Australia’s favourite football sons and the WAAFL is proud to have provided him the opportunity to start his distinguished career.

His football ability shone early and he was selected in the WAAFL State Team in 1973 to play in the Melbourne Carnival, followed the next year with selection to play against the SWNFL and then against an all-Australian team in Sydney. Playing amateur football was the start of a remarkable career that saw Neesham play and coach in the WAFL, play in the VFL and then coach the Fremantle Dockers for 88 games between 1995 and 1998. Many say his innovations as coach played a big role in transforming AFL football into the modern game. Some suggest that his outstanding ability as a State water polo player, where possession is so important, contributed to his football game-plan.

After his amateur career, Neesham played football at the senior level for East Fremantle (79 games), Swan Districts (97 games), and Claremont (42 games) and was chosen in three WA State teams. Neesham’s ability was also recognised by the Sydney Swans where he played nine games in 1982.

A great student of football, Neesham became a player-coach with Claremont in the WA Football League, winning premierships in 1987 and 1989. In 1991 and 1993 he again won flags, this time as a non-playing coach.

Today Neesham is involved with Aboriginal footballers at the Australia wide Clontarf Academy, a successful operation that is a great testament to his foresight, vision, empathy and decision-making. In 2006 he was awarded a John Curtin Medal at Curtin University for his vision, leadership and community service. The widespread respect for his work led to him being a finalist for the WA Australian of the Year Awards for 2012.

Gerard Neesham has previously been named in the West Australian Football Hall of Fame and tonight we recognize him as a High Achiever as a former amateur footballer by naming him in our Hall of Champions.