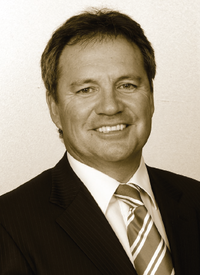 Having been involved with football for over 43 years, Dr. Neale Fong is one of the most important figures in Western Australian football history.

Neale began his involvement in the WAAFL when he moved from the West Perth Football Club to play A-Grade with Nollamara Amateur Football Club in 1981.  He had two stints at Nollamara 1981 to 1985 and 1987 to 1989.

The ‘in between year’s returning to West Perth where he played for 14 WAFL league matches.

While at Nollamara, Neale won the C.J Jamieson Medal as the A-Grade’s Fairest and Best player in 1981, 1982 and 1983 – making him the only person to have won the award three years in a row.

In 1990, he joined his A-Grade coaching brother Les, with one year at Trinity Aquinas Amateur Football Club.

During his amateur career, Neale represented the WAAFL State Team on three occasions, including 1984 as Captain.

After retiring from playing, Neale continued to be involved with the game.  In 1993, he joined West Perth as a Director, a position he held for two seasons.  In the same year, Neale became Chaplin of the West Coast Eagles Football Club, a position he held until 2011.

Throughout his time on the WA Football Commission and still till this day, Neale continues to be involved in football at a grassroots level, having been involved as coach, assistant coach and runner for his two sons, Sam and Jack’s football teams.