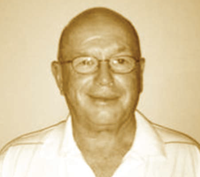 Paul Smith has been a remarkable contributor to Australian football since he played his first games for Bayswater Amateur Football Club Colts in 1971, with a few senior games in 1973. Over 42 consecutive years he has been a dependable player, umpire, coach and administrator and in all cases a high achiever in anything he has been involved in.

In 1980 he took up goal umpiring in the WAFL, Country and Sunday Football Leagues and umpired his first WAFL League game in 1984. His umpiring skills were quickly recognised leading to his first State game in 1985 and his first grand final in 1987, a feat he repeated in 1991, 92 and 94. In all he umpired in 210 WAFL games.

It was a natural progression to the AFL where he umpired 109 games, including two finals at Subiaco Oval and three at the MCG before retiring in 1999.

For his outstanding efforts, Smith was awarded the Australian Sports Medal in 1998.

In 2005 Smith had the rare honour of being selected to travel with the All Australian Under-23 Amateur Football team to Ireland where he co-umpired games of Gaelic Football compromise rules in international games against Irish selection teams.

Retiring from umpire coaching in 2006, Paul Smith was approached by the North Fremantle Amateur Football Club. He took over as team manager of the A Colts. The following year he became treasurer, a position he holds until today where his considerable financial acumen is held in high regard. For his outstanding work at North Fremantle he was voted Clubman of the Year in 2009 and 2010.

Many times at Colts matches when the call goes out for a goal umpire, Paul Smith still puts up his hand. Little do the Colts players, or others, realise they have one of Western Australia’s greatest goal umpires in the history of the game calling the shots.

Tonight the WA Amateur Football Club thanks Paul Smith for all his work and has great pleasure in announcing he has been inducted into our Hall of Champions as a High Achiever.