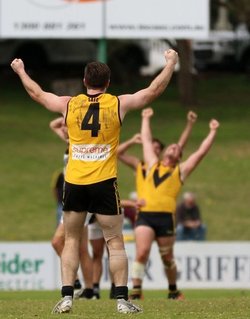 After finishing as Runners up last year in the C1 division, Kingsley went on to claim the B Grade premiership this season defeating North Fremantle by 37 points.

Jandakot finished as runners up for the second year in a row in the C4 Reserves. Last season they were defeated by four points against Osborne Park before going down by six points this season to the Cobras. While losing a Grand Final is never easy they were also the only team to remain undefeated for the entire season before falling short in the big dance.

Eight teams out of the nineteen who finished on top of the ladder as minor premiers went on to win the premiership four weeks later.

While the B-E Grade premiers continue their celebrations the A Grade Grand Finals take place this Saturday 15 September at Steel Blue Oval.

Scarborough and Fremantle CBC have secured a spot in this weekend’s A Grade Grand Final while North Beach look to make it back to back premierships in the A Reserves as they take on Trinity Aquinas.