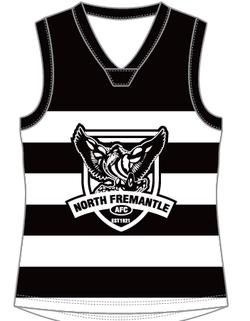 North Fremantle AFC have found themselves $50,000 richer thanks to ex player Rhys Felton.

Rhys performed well through several rounds kicking around 70m to advance through to the Grand Final on Sunday 2 September.

Rhys took out the Grand Final with a 62-metre kick to take home the $100,000 prize money. The money is split in half between the winner and a local club of their choice.

Despite only playing 38 games across four seasons in 2007-2008 and 2015-2016 for North Fremantle, Rhys nominated the club as his preference. The club said the money couldn’t have come at a better time as they begin preparations for their centenary year.

The club flew Rhys to Perth to join them at their final training session for the season and for their Grand Finals which were held on Saturday 8 September.