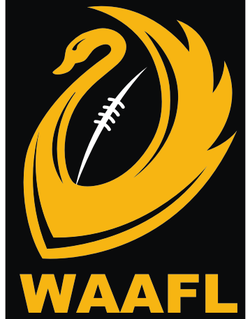 Four WAAFL players have signed with the West Coast Eagles new WAFL Reserves side for the 2019 season.

Joel Ashman and Liam Robilliard from the Scarborough Football Club, Andrew Fisher from Kingsley and Trinity Aquinas’ Luke Salomone will line up for the West Coast Eagles Reserves next year.

Joel Ashman has been rewarded after an outstanding 2018 season which saw him win both the CJ Jamieson medal as the A Grade Best and Fairest and the BJ Giles Medal as the Best on Ground in the A Grade Grand Final.

In what was a premiership year for Scarborough Liam Robilliard also played a pivotal role in Scarborough’s winning season kicking a goal in the Grand Final and taking out Scarborough’s A Grade Best and Fairest medal. He also represented the WAAFL in the State Colts Program.

After winning his fourth consecutive WAAFL Best and Fairest medal Kingsley Football Club’s Andrew Fisher has made the transition to the WAFL for the second time taking up the opportunity to play for the club he has always supported.

Fisher won the C1 Best and Fairest in 2015, 2016 and 2017 before moving into B Grade and taking out the T.R Howard medal this season. He played a key role in Kingsley’s premiership this year winning the club’s B Grade Best and Fairest Medal.

Former WAAFL State U23’s player and 2017 Wanneroo B Grade Premiership player Daniel Acres also signed with the Eagles after spending 2018 playing for Cervantes in the WACFL.