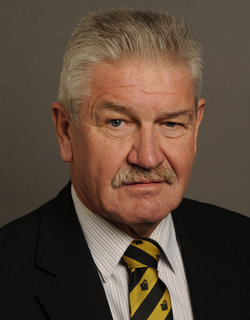 Milton has dedicated 30 years to Football across junior and senior community football administration.

Milton who is already a Life Member of two football clubs and the WAAFL is now being rewarded with the WAFC’s highest level of recognition. The award is given to individuals who have made an outstanding overall contribution to football in Western Australia.

1993-2002 been involved in numerous sub-committees

To provide a competition for single team clubs on Saturday afternoon in the metropolitan region.