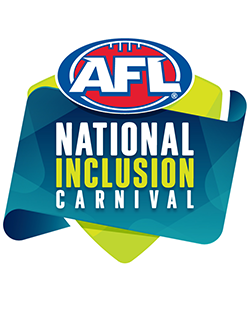 The week-long carnival which runs from 15 - 20th July kicks off with a round robin style grading carnival to decide Pool A and B.

The Integrated Football program run by the Perth Football League caters for players 16 years and over with intellectual disabilities.

The players representing WA were nominated by their clubs before participating in weekly training sessions where the team was finalised.

This year’s representatives come from six of the ten clubs in the Integrated competition. The team also featured ten players from the 2018 AFL National Inclusion Carnival division two premiership side.

The players are the fourth team to represent Western Australia in the AFL National Inclusion Carnival, with the previous teams representing WA in 2015, 2017 and 2018.

The trip would not be possible without our sponsors and we would like to thank major sponsor Life Without Barriers and other sponsors Community TAB, Burley Sekem, Northern Star Rescources, Activ, Matera Electrical and Pana Pools & Outdoors.

FIXTURES & RESULTS
All fixture and results can be found online through the following link – http://websites.sportstg.com/assoc_page.cgi?c=0-11757-0-0-0&a=COMPS&seasonID=5978783


LIVE STREAM
All matches scheduled on Friday 19th July will be live streamed.  You can access the livestream through - https://livestream.com/BLive/AFLNationalinclusionCarnival or watch below.