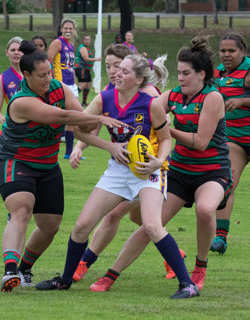 Women’s A and B Grade will commence their finals series this weekend with all Women’s grades to contest semi-finals on Saturday.

University and Curtin Uni Wesley will battle it out in Semi Final 2 in A Grade with the winner to advance through to the Grand Final. University finished as undefeated minor premiers this season and are so far showing no signs of a premiership hangover.

North Beach (3rd) and West Coast (4th) will compete in Semi Final 1 with the defeated team to be eliminated. The winner will face off with the loser of Semi Final 2 next weekend.

The B Grade competition sees undefeated minor premiers Warnbro Swans up against Nollamara in Semi Final 2. The match is set to be a close one with just five points and seven points separating the two sides in previous meetings this year.

In Semi Final 1 Forrestdale will host Cockburn Lakes at William Skeet Oval with a spot in the preliminary final up for grabs.

After defeating Jandakot in the elimination final, Swan Valley will have another chance at finals this weekend facing Kwinana in the C Grade Semi Final 1. Kwinana were defeated by 47 points in last week’s qualifying final against Coolbellup.

Piara Waters will get their first taste of finals action as they come off a week’s break to face Coolbellup with the winner booking a place in the Women’s C Grade Grand Final. 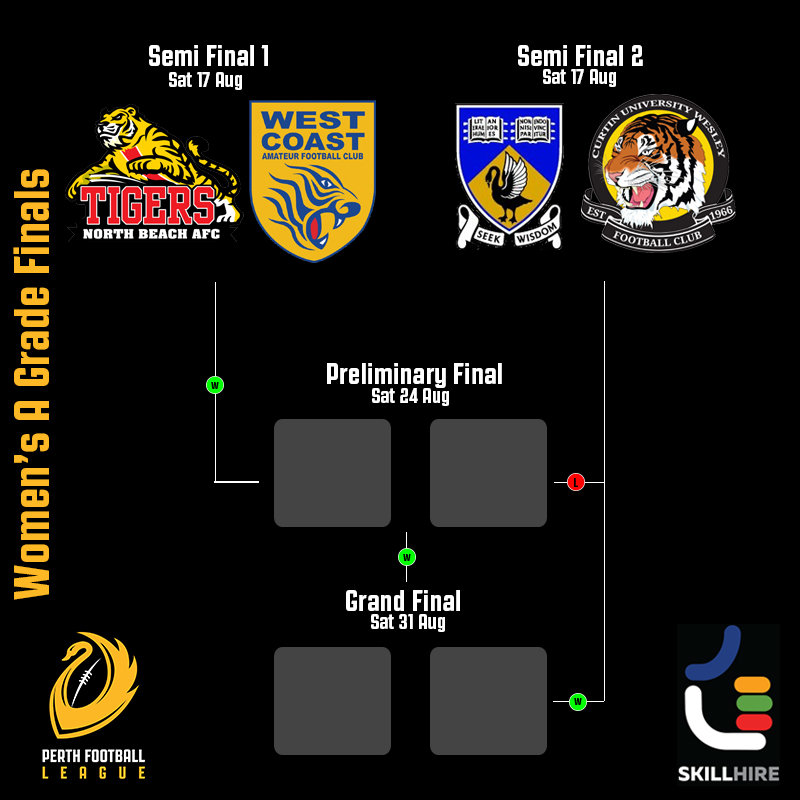 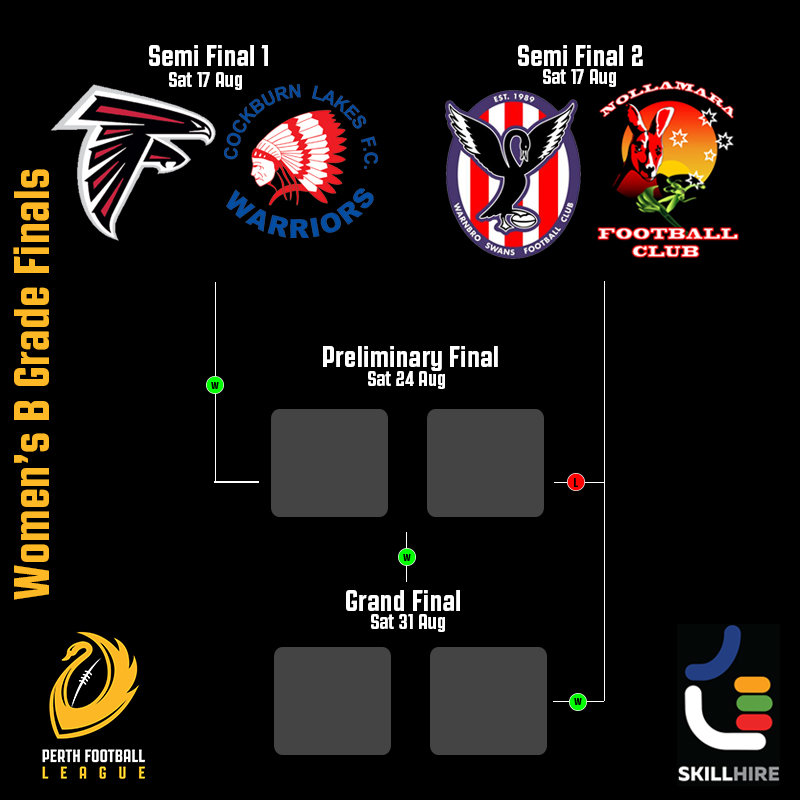 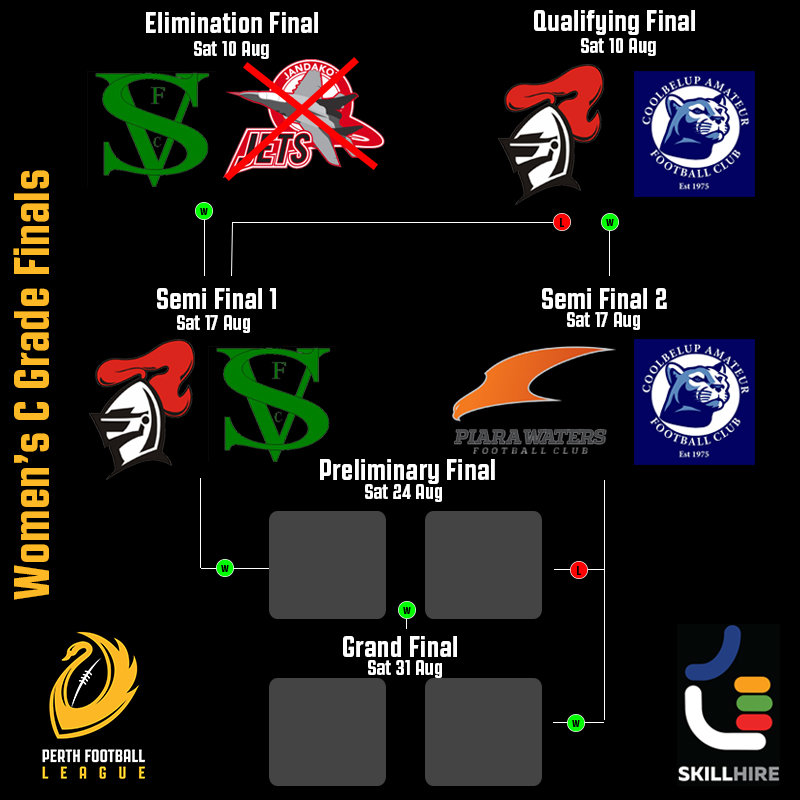