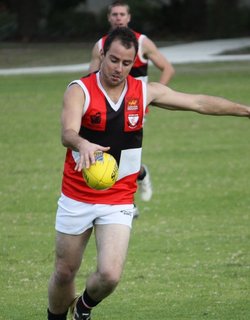 The Saints will celebrate a rare and very special milestone in the Round 18 clash against Dianella-Morley Raiders, when Michael Franceschini plays his 300th game in the red, black and white guernsey.

Michael joined the Club in 2000, playing in the Club’s Colts side.  After only seven games in the Colts, Michael was promoted to the top side and made his League debut in the Round 8 game vs West Coast at the age of 18 years 42 days.

He played a handful of Colts and Reserves games in his first two years (including two games in one day on six occasions), but became a regular part of the League side from 2002 onwards.  Michael’s stand out season came in 2004 when he finished runner-up to Frank Rossi for the Club’s Fairest & Best trophy.

In 2007, Michael sought a different challenge, and he left the Club to play for in Quairading in the Avon Association.  Between 2007 and 2009, he played 45 games for the Bulls, including being a member of their 2008 premiership side.

Michael returned to the Club in 2010, and has played a vital role at both ends of the ground for the Saints.  His adaptable skills have allowed him to play as a key defender, but he has also kicked 120 goals while playing up forward for the Saints, including a personal best of 6 goals on two occasions in 2014.  Since returning to the Club, he has finished in the top 10 voting for the Club Fairest & Best on eight occasions, and has been the captain of the League side for the last two years.

Michael becomes just the seventh player in Club history to reach the 300-game milestone, and his current tally of games includes 275 League games, 11 Reserves games and 13 colts games.  His older brother, Paul, played 201 games for the Saints (including games for both Osborne Park and Balcatta) between 1990 and 2003, and his father Frank played 128 games for Osborne Park between 1961 and 1974. 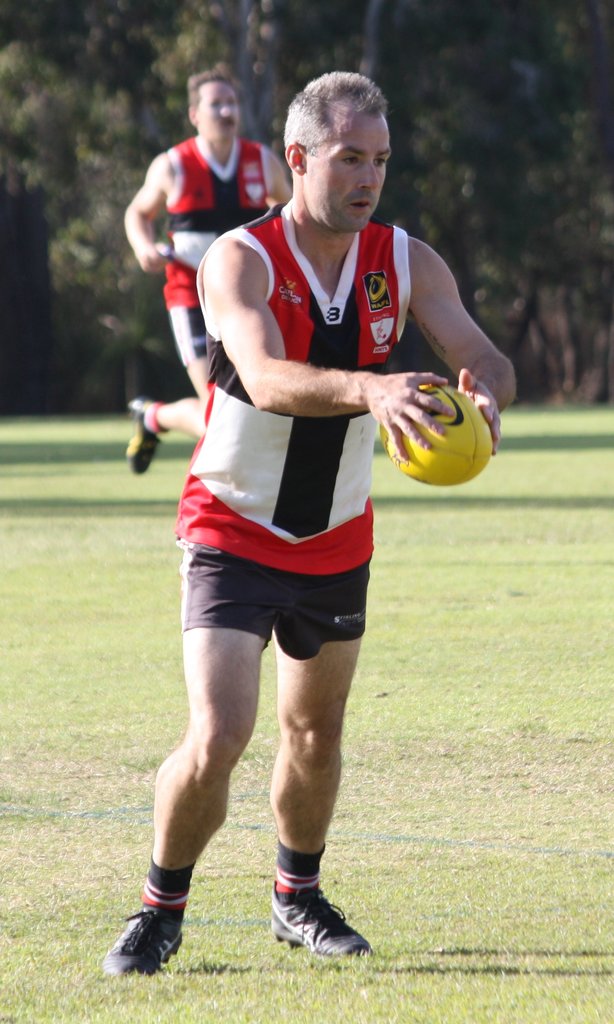